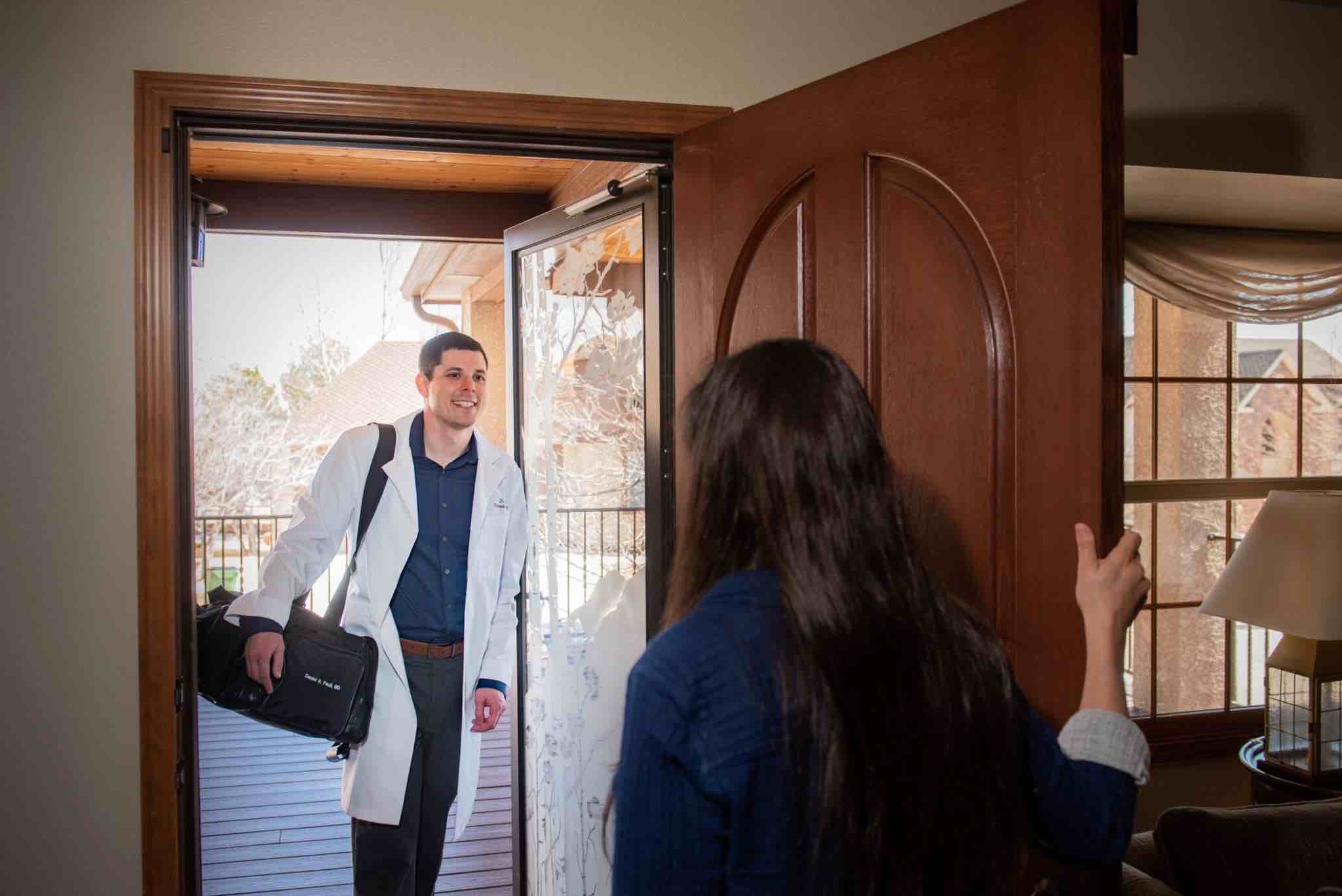 Conversations with my grandma often lead into healthcare in one way or another. “Doctor’s don’t spend any time with their patients anymore.” She’s right. She tells me of how her doctor used to go see her at her home. When she was sick, she wasn’t forced to get in the car and spend hours in a waiting room with a bunch of other sick people, only to end up seeing the actual doctor for 7 whole minutes. Who wouldn’t like the idea of the doctor seeing you in your home when you don’t feel good? Who wouldn’t like to avoid the hour long waits, crowded waiting rooms, and multiple office staff members serving as a barrier between you and the doctor? House calls used to be common. In 1940, it is estimated that 40% of doctor patient interactions were through house calls. That number fell to 1% by 1980. Why did such a good thing go away?

Why did House Calls Doctors go away?

The answer to the above question has to do with insurance companies and profit driven medical centers. I would bet that a lot of doctors would like to do house calls. The problem is that they can’t. Insurance companies made the reimbursement for house calls low enough that a doctor can’t keep their practice running if they did them. What’s more, is that large medical practices and hospital groups have taken control of the solo doctor practices, and want their doctors to see as many people as possible to maximize profits. This has left no place for the once popular and highly valued house calls. Patients don’t like these short visits, and neither do doctors. The problem is that if the doctor doesn’t see enough patients, they may be fired by the hospital or large group that employs them, even if they are a good doctor. These large institutions also make doctors sign non-compete agreements, so that if they get fired they can’t work within a 50 mile radius. This then forces the doctor to move. They effectively get run out of town.

I don’t want to work for these large institutions that schedule 7 minute appointments. That’s not how I want to practice medicine, and that’s not how my patients want me to practice medicine. I think house calls are a great thing, and I’m bringing them back. If you have any orthopedic condition from back pain, to shoulder pain, to knee pain, to a cut, to any sports related injury, allow me, an experienced orthopedic house calls doctor to come to you. We can build a relationship because my practice is relationship based rather than volume based, which is all too common these days. Let’s step outside the modern medical system, and take medicine back to how it was always meant to be.

Whether you need a sports injuries house calls doctor or a suturing house calls doctor or something in-between, reach out to Dr. Paull. You can get in touch with me via email or book an appointment on my contact us page, or call me, Colorado Springs mobile orthopedic doctor at (719) 297-5484. I will come to you. Proudly serving the greater Colorado Springs area, contact me today.